It Is Not Enough to Say I Am Sorry

We should know what we do to others and ourselves when we do not tell the truth. It is not a mistake to tell a lie; it is wrong. Why can a lie not be a mistake? A lie is an intended act that will cause harm to you and those who take it to be true. There is something wrong with how we live our life when we think we have to lie. From the time you become the recipient of a lie you are captive of its cruel intentions until the truth sets you free.

A mistake can, and usually does, cause harm as well; though, it is not done on purpose. You cannot knowingly make a mistake. If you know that you are not going to do something right, whatever you do is done with intent and is down low and lives where the lie resides. In fact, I would say that in many ways it is worse than telling a lie. For it is not only a lie, it is “masquerading” as a good faith effort that was caused by a mistake. And a mistake a lie is not.

A lie gives many reasons, when it has to, for its existence and a lie has to be told to be a lie. Try not to be the one who tells it nor the one it is told to. And no matter how well it is dressed and packaged, it is what it started out to be. A lie’s energy and growth increase each time it is believed. The owner feels pride and a sense of accomplishment when his or her lie withstand any and all challenges. Some who lie after a while, if not found out, start to believe their own lie. They will swear that what they say is not a lie and will defend it vigorously, when faced with the truth. And yes, even call the truth a lie. You should never remain in the presence of anyone who you know is not telling you the truth. They have no respect for you, for if they did he or she would lie to you. Lies are told to deceive. Would you do the same?

And there are few times, if any at all, that a lie can be justified. Even in those rare occasions where it can, it is because of an action that should not have been taken. You talk and act your way into a circumstance where you have to lie to get out of. It is what you do and say that cause you to “have” to lie. Disordered thinking and bad decision-making will place you in lie territory. Distance yourself from this lapse in judgement and lie no more.

Always try to tell the truth, life is better for you when you do. Yes, I know, there have been times when you told the truth and no one believed you. It took a while for you to understand, I am sure. This is when you should remember that you cannot tell the truth to one who lives a lie. They will not know the truth when they see it, because their mind will not let them believe. If I lie to you, I cannot believe your truth.

When you live a lie, you are lost in your own reality and separated from what is real. The trouble with a lie is that it hides the truth. Though, there will always come a time when what is true will be known for a lie cannot live forever. What is it when you tell a lie but think it is the truth? It means, that not telling the truth is a pathological problem for you and is a defense mechanism that you have used to protect your Self from your world. You are not fooling the people who are up close, for they know by now how you act. No one up close is being deceived by the things you say for they know how you act.

You have to face what you are running from—the hurt and pain—and realize that lies keep you from being the person who you know you are—the real you. You cannot pass through, go over or under a lie, you have to tell your Self the truth and only then will you be set free. You have to know the company that you keep starting with yourself. A lie is dangerous and conning. It is not safe nor wise to be where it is told or where your only “way out” is to tell it. You cannot live another person’s lie; you have to live your truth.

What is it when you say yes but you feel no. Is it a lie to say you care, all the time knowing that you do not? Does it hurt more, or less to know the truth. A lie is meant to mislead. It can, and often does, create a world of make-believe; it is delusional and, of course, not true. A world such as this is a place where no one is living the truth, the teller or the told. One of them should know the truth. And when neither one does, the lies have risen to the level of a mental disorder (pathological liar) and the one who now believes what he or she is being told is not without guilt for they hide from the truth as well. Though once a lie is told, how can you know what to believe.

From the clothes we wear to the products that we buy, much of it is a lie. And a lie will always do damage. They call it marketing I call it a lie. Who are we when we shed our garments and our “face?” It is we. I will not be true in what I do, if you are not true in what you do, to me. If I think I love you, and you have not told the truth, then my love is a lie. And that is if I know it or not. Yes, you may believe that you are in love, but one thing is certain; you cannot love someone who doesn’t love you. What you are not doing is facing the lie that is masquerading as the truth. A lie will not support the truth. It is a lie—as well—when you will not allow yourself to see what is most times plainly obvious to others. The greatest lie of all is when you lie to yourself and act as if it is the truth. It is not a mistake. It is a lie.

A Lie is Not a Mistake 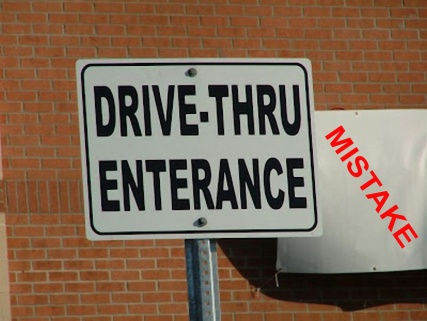 A mistake is not made by the conscious part of the mind. Its roots are in the base of our thoughts. It is not made on purpose. There is no motive. When and where we make our mistakes is all about how we feel. When we feel good about ourselves, mistakes are few. We take care with what we say and do, there will be no need to say I Am Sorry. I made a mistake. All mistakes, of course, are not felt in the same way. Some are seen while others are not, but the effect is the same. The result is not what it was meant to be. And none is without harm. It could be a threat to life or just plain embarrassment; either way, no one wants to make or be the cause of something going wrong for what they did not do right.

Both lies and mistakes are acts of thought and are harmful to those who are touched by them. A mistake is no less harmful than a lie. Just as with a lie, it can be the cause of damage. It must be made right or it will do just that. On the receiving end or the one who made the mistake, you will be harmed in some way. Once touched by either, it is not easy to predict what comes next. Lies and mistakes cause many of the bad things that happen in our lives. Even so, they can be followed by what is right.

You do not try to make a mistake. If you did, it would not be a mistake. It would be a thing you did with some thought. When what you do is thought out, it is not a mistake when it goes wrong. It is how you think that is the problem. A mistake is caused by a thought that you are not aware that you have. It is not a conscious thought. This sets off an action. What you have then is the mistake. It is not one, though, until it is known by someone. At least one person must know that it exists. If not, the mistake can be made again. You do not make a mistake that you know of more than once. If you do, it is not a mistake. It is done on purpose whether you know it, say so or not. 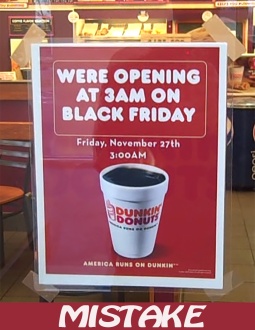 You do have thoughts that you are not conscious of and they distract you from what you want to think about and what you are trying to do. You know this. They cause your mind to wander and you do not focus as you should. If you cannot concentrate on the task at hand, it does not hold a priority over other thoughts in your mind. If it is not important to you, it is not a thing you should try. The mind will not engage, as it should. This will not let you do it right. You have to focus, but not a thing will help if you are not ready and willing. Put another way; if it is not what you want to think about. People, places and things and how we interact and relate to them is all we have. If any one of these at any given time is important to you, think about that.

What you do now is what you should focus on, that is, if you want to do it right. You can think about many things, but you can focus on only one at a time. When you try to do more you are setting yourself up to make a mistake. To think that it is special skill to do more than one thing at time is misleading, at best. It takes no special skill to multitask. It does not require any special know how to perform more than one task at a time. It just shares the effort, which takes away from the whole of each. Just as you can see more than one thing at a time you can only focus on one. That is, unless they are more of the same. If not, you will be drawn to the difference.

You can do more than one thing at a time but will not think more than one thought at a time. Try it. Sit two or more things together that are different from each other and try to focus. Your mind will shift from one to the other. Do not shift from this message. 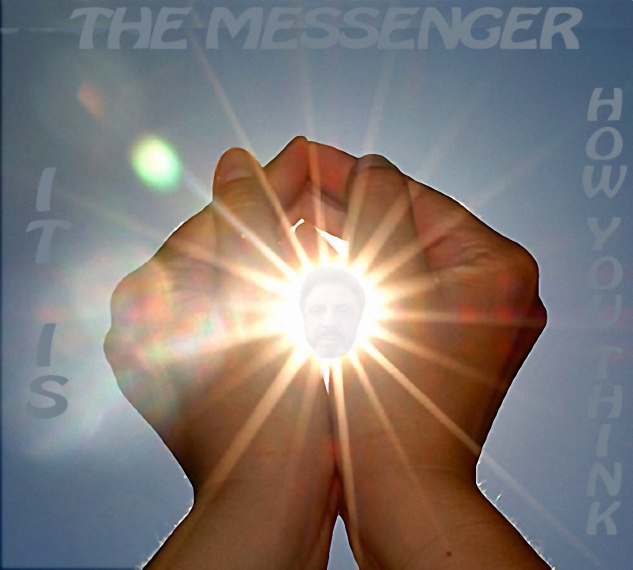 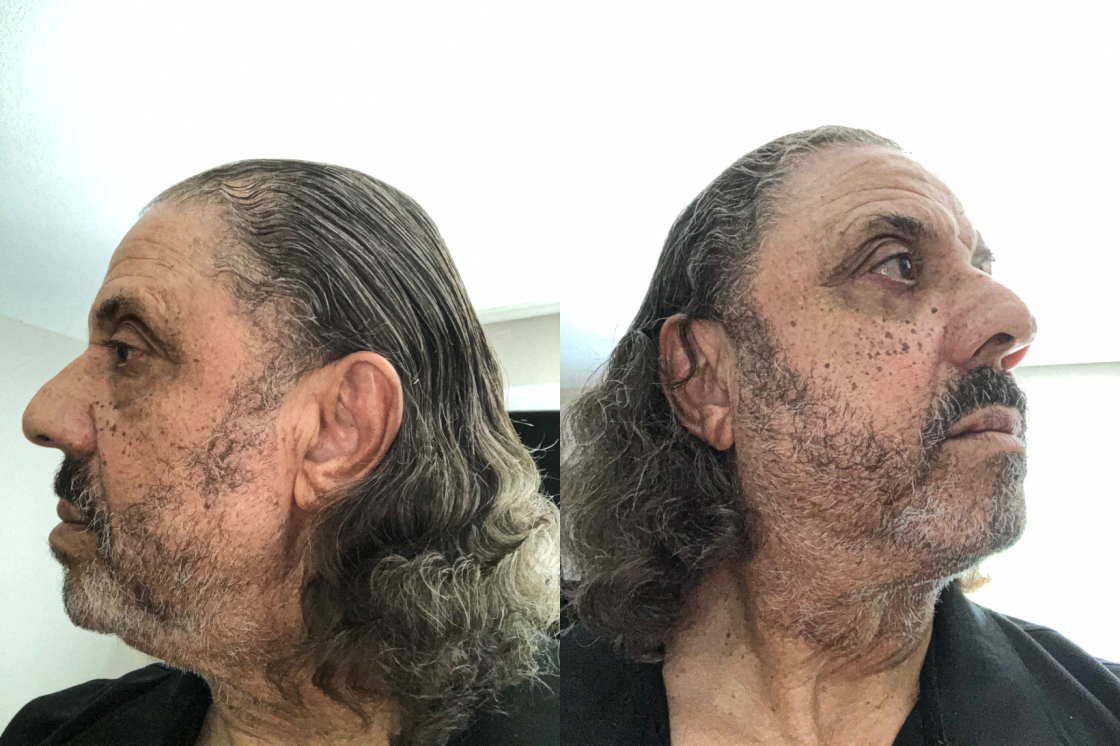