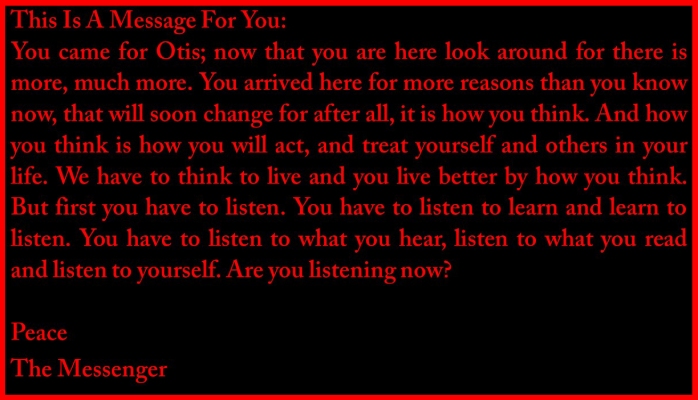 The Day That Soul Cried

The day that soul cried, a chilly mist hung over Madison, Wisconsin. Fans of Rhythm and Blues anticipated a thrilling visitor that Sunday night. Singer Otis Redding was scheduled for two shows at the Factory. Three days earlier, Otis had finished recording “Dock of the Bay,” a moody song that would later be his only No. 1 hit on the pop charts.

Otis was accompanied by the Bar-Kays, fresh-faced high school graduates from Memphis. Otis (The Big O) had performed the night before in Cleveland. He, the Bar-Kays, his valet and pilot were flying to Madison in his private twin-engine Beechcraft. They were scheduled to perform at 6:30 and 9 p.m. But they never made it. The plane fell three miles short of the runway and crashed at 3:28 p.m. in the near-freezing waters of Lake Monona. The sole survivor, trumpet-player Ben Cauley, was pulled from the water 17 minutes after stunned witnesses along the eastern shore of Squaw Bay telephoned for help.

On November 8, 1987 members of the Otis Redding Memorial Fund, a Madison, Wisconsin nonprofit corporation, culminated their fund-raising drive with the dedication of a memorial to Otis Redding on the shore of Lake Monona. The memorial consists of three semicircle marble benches, custom carved in Portugal with the initials, O.R. incorporated in the legs, Georgia gray granite marker and a bronze plague. The memorial was temporarily moved to storage to make way for the construction of the Frank Lloyd Wright designed Monona Terrace Convention Center. A re-dedication ceremony was held August 15, 1997 on the Roof Garden of the Convention Center, where the memorial is now located.