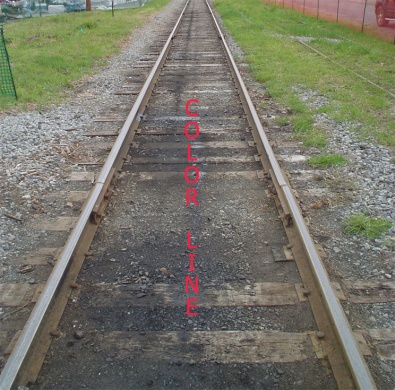 I Work Both Sides of The Tracks

When left to itself, the mind has no power of its own; it is powered by the world in which it exists.

There were times—though very few—when growing up that I did feel free to be me. This is when I was with my White friends. Yes, it was the South this is true. And separation of the races was still in force. I did not feel comfortable much of the time. This had nothing to do with issues of race. It was how I felt forced to think about things I rather not. But With my friends Cosby and Junior, I didn’t feel this way. Maybe it was because I knew they did not know the source of my pain. When I was with them, I did not even think about it. It did not cross my mind. It was great to be around them. When I was with either one, I felt like a person. I had no worries, I was happy.

I felt the same when I met their parents. Cosby’s folks owned Deadman Grocery store in Cullendale where Blacks and Whites shopped side by side, no White aisles and no Black. Yes, in the same store at the same time without a problem. If not for Cosby, I would not have had my paper route. He put in a good word at the Arkansas Democrat for me to take over from him he had grown out of it. He was older now and had several years on me. He has his driver’s license, and would soon have a car. Their Headquarters is in Little Rock, so it is possible they did not know that I was Black. I am all but sure I was the only Black paperboy in town. And I am for sure I would be the only one with both Black and White customers. My Black customers had to be nothing less than surprised and the Whites totally shocked. So it is more than likely that someone from the latter group called to find out what was going on. Apparently it did not matter if they did no one ever said a word to me.

My route followed a long and winding course. The delivery driver would drop off my papers just in front of the door to Deadman. It is an afternoon paper and I would try to have it on my customers’ porch by suppertime. I am on my way as fast as my legs could peddle just after the last school bell for the day. My first stop would place me in the White neighborhood. Black folks, young as well as old, knew not to walk through this area. But that was not enough to come between my customers and their paper. And they are always right. They wanted their paper, and I am the one who brings it to them.  One thing I can say, they were comfortable with me—at least it seemed that way—and I with them.

Next, I cross the line that divides. It has the street name, Louisiana and the longest stretch runs along the railroad tracks. It seems to have been consciously drawn with race in mind.  It is understood to be just what it is. It is the “color line.”  Not so official yet observed as if it were. Well, I am not thinking about that, the only race on my mind is the race to get the papers delivered before suppertime. I am now on my way to my Black customers. They are from the better off to the barely making it, or so it seemed. It was a mix of socioeconomic factors playing out that were hard to miss. This is my most challenging area if only for the fact that not a week, or so, would pass without a flat tire. There was glass where there should have been grass.

This area was on the very fringe of the neighborhood. It was a subset of the Black area. At this point, I am still some distance from home. And I am pushing my bike, again. Half of my papers still left to deliver, and they were large. Much more so than the local paper. It’s back to the other side of the street. This time it would be a different White area. I say area because all the customers, on this part of my route, lived in this same neighborhood, just not the same area. Yes, that color line again. As I hit the last house, I am on my way to my community, Brown Hill, where there is no such line. There are still more papers to deliver before I can take the paper bag off for the day. These are “my Black folks,” I grew up around them. There is one thing I have always thought about, and still do not understand. The only customer that refused to pay is a Black person, a deacon at my church and a worker at the mill. I had a slim profit margin, and it took just one or two non-paying customers to put a dent in my pay. I had to buy all of my supplies, from the company, of course.

The paper is published out of Little Rock. It is now called the Arkansas Democrat-Gazette and has more readers than any other paper in Arkansas. It covers state, regional and national news events, and of course sports and other issues of the day. So pretty much anyone who reads the paper is reading because of his or her interest in what it offers. They want to keep up with what is going on. This, no matter where they were on the ladder of success. Social rank and status seemed to make no difference. There is not a happy ending to this, though.

Three months after I started my paper route, my friend Cosby was killed in a fiery one car accident. He was alone. Now there were two, Junior Biggers, who I hung out with the most, and me. He is my sole riding partner now. His folks owned a number of businesses and had more than a few Black workers. Though Cosby and Junior were a different race from me, we had a lot of fun. And we had a thing or two in common. One thing that kept us running close is the three of us owned a Cushman motor scooter. Junior and I at the same time, his white and mine black. I had what no Black kids in town had, a brand new Cushman and White running buddies. I thought this was the thing, and it was.

I must take a break here for an anecdote; it is all part of the story and just as true. I shall return to where I left off.

Even before the sound died down from the last bell signaling the end of the school year and the beginning of summer vacation, the boys in my neighborhood would go on the watch for the arrival of the “summer birds.” These would be the nieces, cousins and granddaughters visiting from up North. They would be on a trip to see their relatives and we would be out to see them. Of course, only a few of us were able to meet the grade.

Category: How You Think